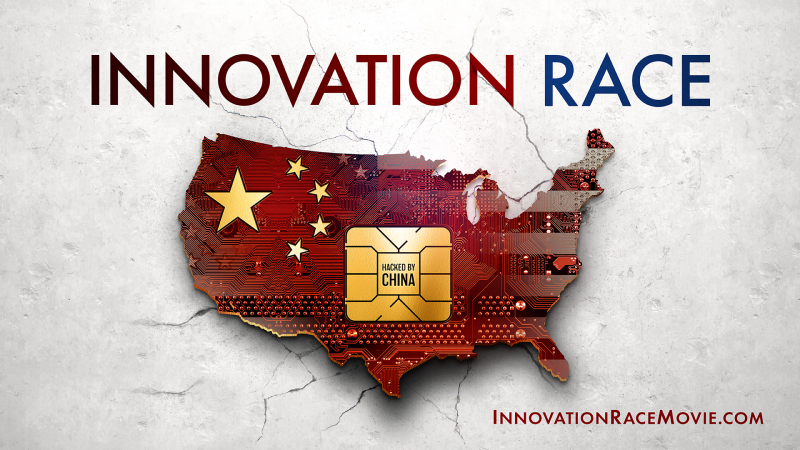 Documentaries are powerful tools of persuasion. They fold facts and figures into a visual and audio narrative that can engage the soul. Innovation Race engages and has a point of view, and there is no ambiguity about its point of view. American innovation leadership is under threat. Innovation Race breathes life, therefore, into a simple idea: that a strong patent system is essential for maintaining American innovation leadership.

Innovation Race illustrates two important lines of conflict. One is a Chinese initiative to overtake the United States as the leader in innovation. Second are competing narratives between small inventors and big tech where small inventors are painted by big tech as trolls, and big tech companies are painted by small inventors as pirates. Innovation Race presents how these lines of conflict—based on decisions made by politicians in the US government to address these conflicts—have weakened the American patent system. The film presents supporting arguments.

Innovation Race stands on good ground—now moving into this writer’s opinion—because all parties in the conflict actually share a common interest: having a strong US patent system. China may or may not overtake the United States as the leader in innovation, depending on policies, investment, and our education system, but both benefit if respective inventions can be protected in the United States. Small inventors, of course, benefit if they and their investors can have confidence that their issued patents will maintain their presumed validity. And big tech will always have at its disposal all the tools and resources to challenge, design around, or leapfrog the significant body of asserted patents that may be poorly written or for which neither the USPTO examination nor the typical prior art search—both limited by time and budgets—uncovered hard-to-find prior art.

Great powers were once measured by the militaries they could support, and they still are, but the cutting edge lies in technology where the philosophical idea of winning before a battle begins, or better still, winning without fighting, happens. Underpinning tech is a strong patent system from which other advantages can take hold. The US still encourages the individual inventor and the promise that the individual can invent and profit from inventing. Inventing is the traditional backbone of the American Dream. We may win without fighting, therefore, if we have the will—and the patent system—to nurture our own creative citizens.

Innovation Race played in selected theaters on November 16, 2022. Keep your eye out for it in other venues. You may see patents and the patent system in a new light.